The VERY ‘EAVY FESTIVAL is an initiative of Hugo Koch from Stadskanaal. In 2010 Hugo started to think about, putting up a small festival in his home-town. In the Hard-rock and Heavy Metal scene, there is not that much to do in this area of Holland. He had the courage to do so in October 2010. That’s when he started his search for bands, location etc. With the help of people who had already done something similar, and Martjo Brongers (Vortex) in the organizational field, he had a very good chance of making a success of the first edition of Very ‘Eavy on April 9, 2011.

This first edition of the VERY ‘EAVY FESTIVAL became a big success, in 2012 there is going to be a sequel !!! 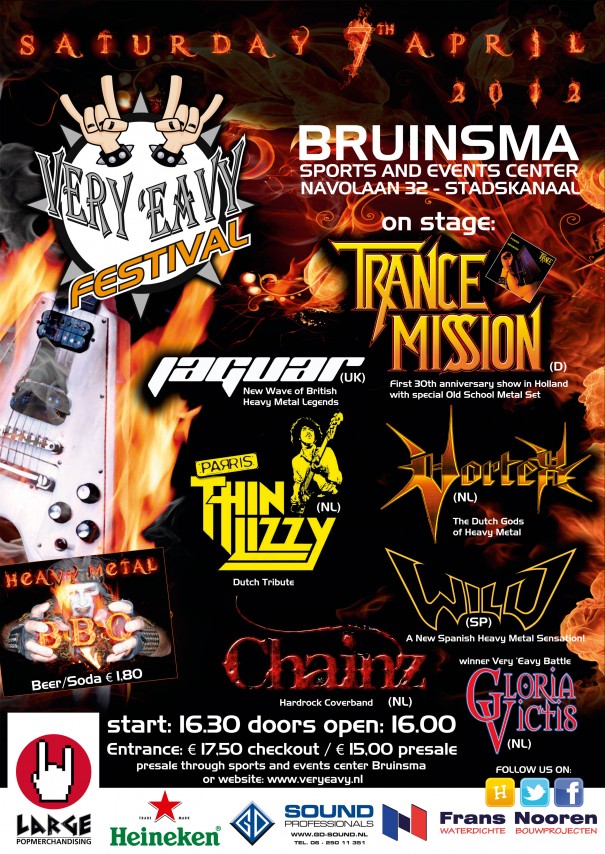