Metallica, Slayer, Megadeth and Anthrax the bands that will perform at the The Big 4 festival. 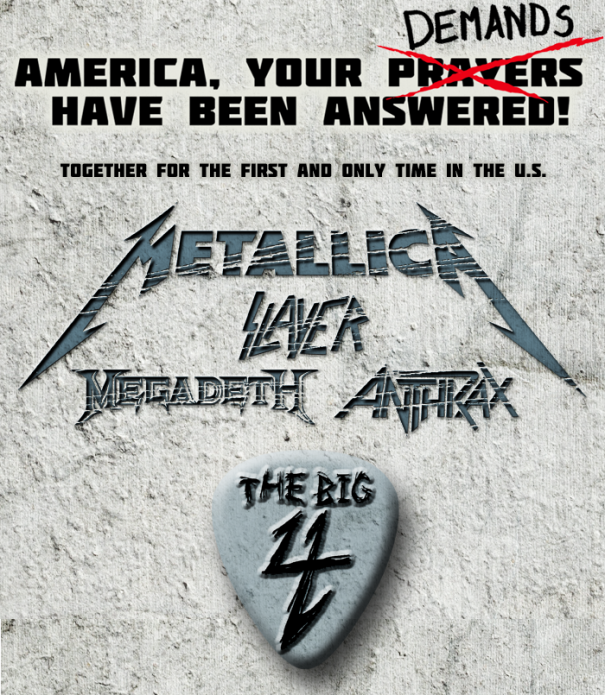 Tickets on sale Friday January 28, 10 AM at ticketmaster.com

THE BIG FOUR HIT THE U.S.