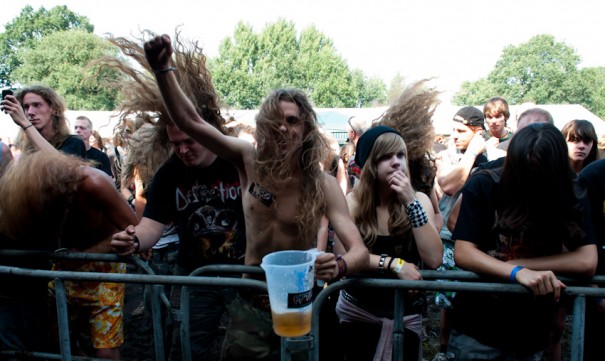 Occultfest. A very small underground festival in Hoogeveen, the Netherlands, and was held for the tenth time this year. The name of the fest derives from the fact that the first years there was no permit for the fest and therefore was illegally organized. Since one of the definitions of Occult is secret, disclosed, hidden from view it seemed like a great name for the fest.

Occultfest is being held on the own grounds of the organizers and both stages are homebuilt. Don’t expect big names on this fest, or a superb sound quality. Everything breathes a small, cozy DIY-mentality. Thanks to this mentality prices were also very, very reasonable. Entrance to the fest on Friday or Saturday was €10,-, camping also €10,- and a Passe-partout (including camping) for the weekend was €20,-. When you stayed on the camping, breakfast in the morning (including coffee and the likes) was included in the ticket price. Food and drinks had to be payed with tokens, which costed €1,666 each where one token equals one drink (beer, soda etc.) and food – like hamburger or pancakes – costed more tokens. 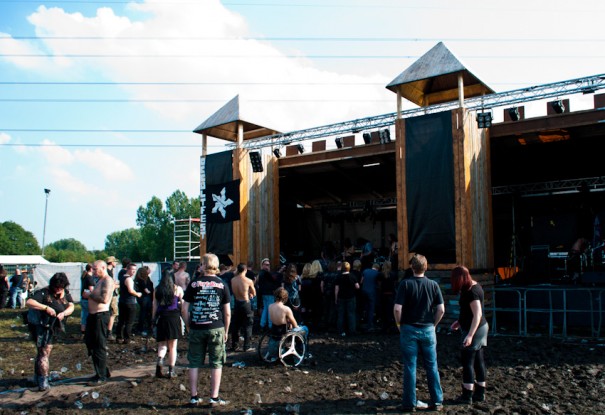 Occultfest was held in the weekend of 2 and 3 September and symbolized for us the end of the summer-festival season. Due to our work we couldn’t attend the first evening of the fest so we only saw the bands that played on Saturday.  We stayed on the campsite from Saturday – Sunday.

It rained a lot in the weeks prior to Occultfest, and thanks to this the terrain was quickly becoming all muddy. So hereby I declare this year’s edition of Occultfest: “Mudfest”. Without army boots you would have a very hard time today, though the weather was very nice on Saturday, with temperatures getting close to 30 degrees Celsius. 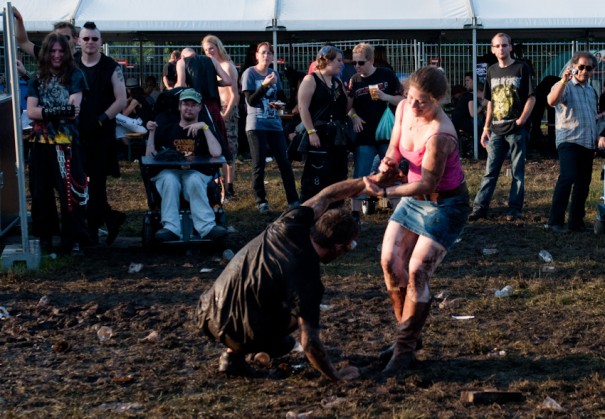 According to the organizers some 1000 metalheads attended this year’s edition of Occultfest. On Saturday the line-up consisted of (in order of playing): State of Negation, Magion, Purest of Pain, PPTA, Involved, Natan, Seita, Scenario II, Visionary666, Ethereal, The Oath, Vanderbuyst, Onslaught and Deadcell. 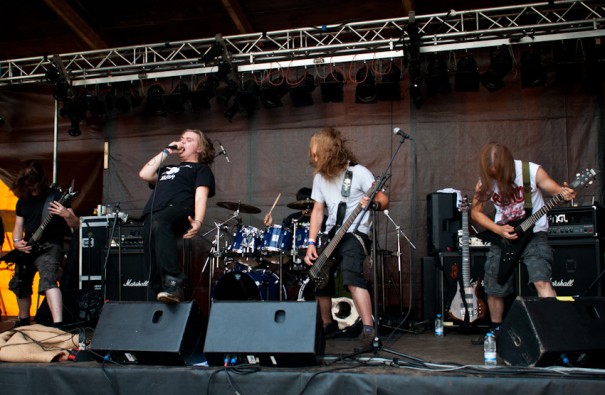 First band of the day was State of Negation. Their task was to wake up Hoogeveen with their mix of metalcore and death metal. Not too heavy, definitely not too soft, and overall a nice opener of the day. After State of Negation it was Magion’s turn to present themselves.  Magion plays standard female fronted rock / metal. Not so special in my opinion but for the fans of this genre absolutely a good band. 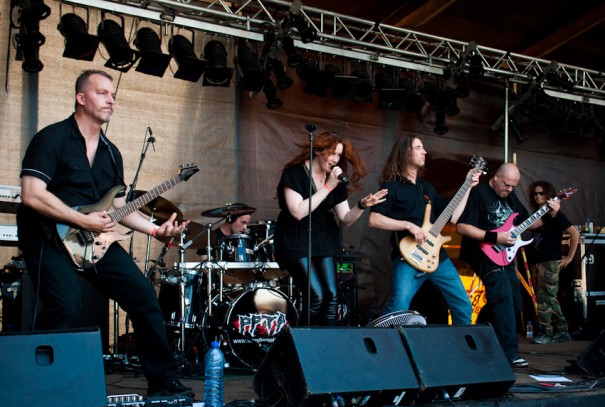 Purest of Pain was the third band of the day. Originally Tribal Spirits was next in the line-up but they had to cancel their show so Purest of Pain was asked to perform on Occultfest. The style of Purest of Pain could be described as brutal death metal, and it was good. They played tight and consistent and were very enthusiastic on stage. You could see they were having a good time, and the crowd reacted as well. 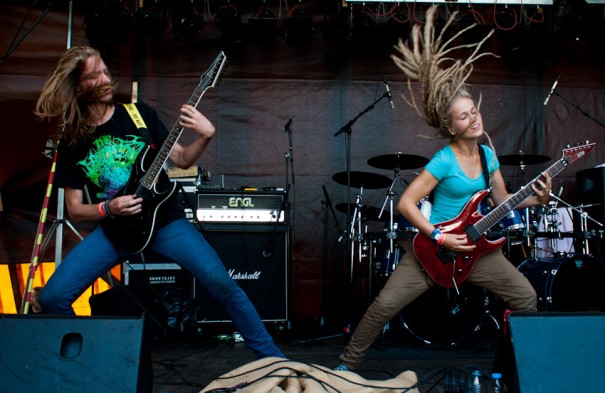 PPTA, the next band, was the first (and if my memory serves me well the only) band of the day that used stage props in the form of a boxing-ring.  It was a nice show, from the moment they came on stage theatrically until the end of their set. As one of the few bands today they had a fairly moderate sound (overall the sound today was just bad). The crowd reacted enthusiastic, and at the end of the set everybody in front of the stage was covered in mud. PPTA put up a solid show at Occultfest 2011. 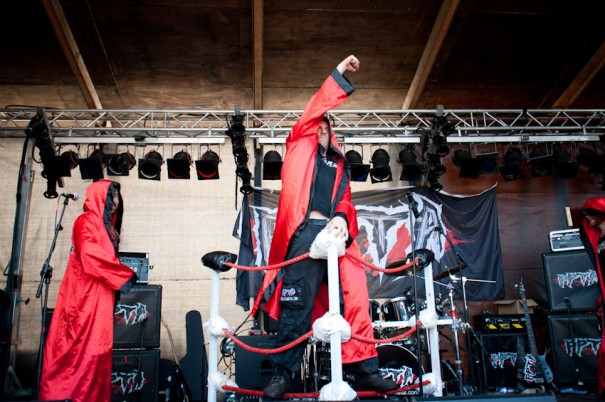 We didn’t see or hear much of the next band, Involved (only heard the first two songs), as we decided to stay on the camping site tonight so we had to fetch our tents from the car and pitch the tents up at the festival camp.  The following band, Natan, started to play just when we were finished with the tents, and we walked back to the stage. Natan is a black metal band from Belgium, and they put up a good show. Unfortunately nearing the end of their set they were having some technical difficulties. But overall Natan got the crowd going and it was nice to see and hear. Still I think this kind of music has to be heard and seen when it’s dark, not in the middle of a warm and sunny day. 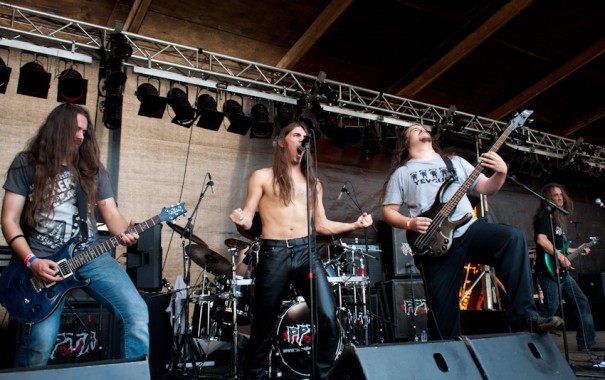 Seita was the next band on, and they looked very angry on stage. Later I heard that their van was broken into the day before. Maybe because of this they were not really focused on stage and it all sounded a bit in disorder. So unfortunately, not the best show of the day. 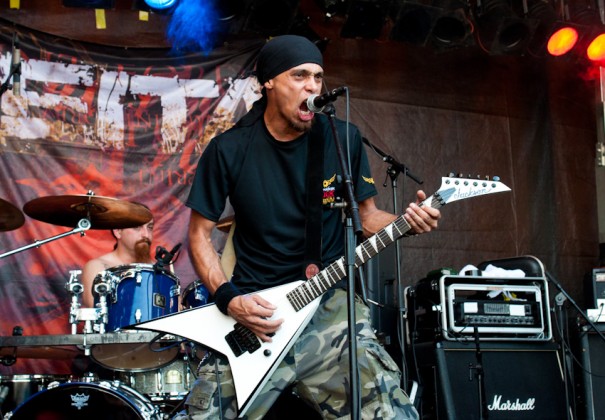 The band after Seita was a much needed break-moment for the both of us. After this Visionary 666 came on stage and they played a good set of blackened death or deathened black. They played well but unfortunately most of the crowd kept hanging around in the beer garden. Too bad because it was a good show! 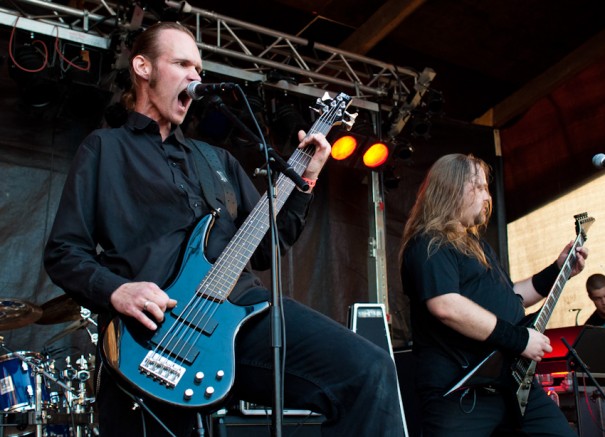 Ethereal was the next band and a big disappointment for us. I gather they are good musicians but the sound was so awfully bad, it was no fun anymore. We fled to the beer garden. 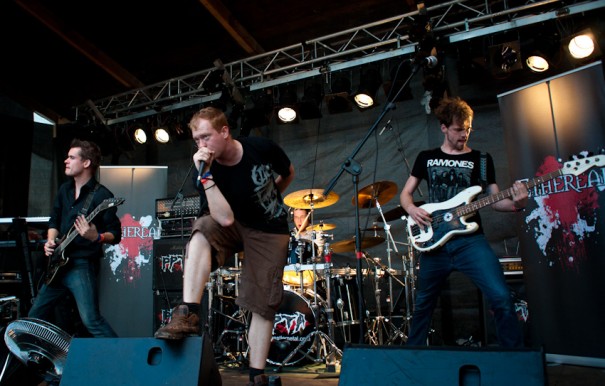 Four bands to go today, the French black metallers of The Oath were next on stage. It started to get dusk, it was a nice ambiance for the band.  I enjoyed their show consisting of melodic black very much. 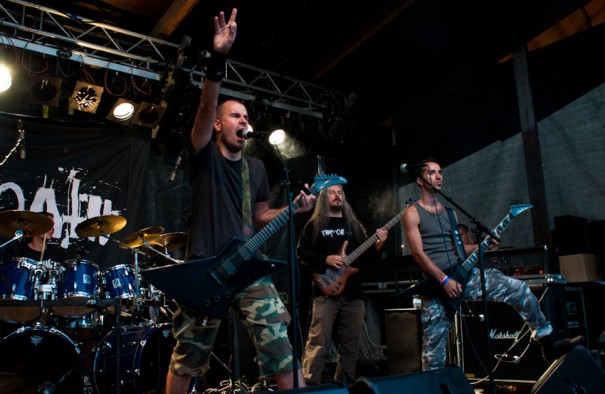 Dutch revelation Vanderbuyst was next. This summer you had to try real hard not to see them, because they played almost every European metal festival. But man, what a nice, pure and oldschool metal set this trio puts on. Heavy Metal in its purest form! Finally most of the crowd was standing in front of the stage to see Vanderbuyst conquer Occultfest 2011. 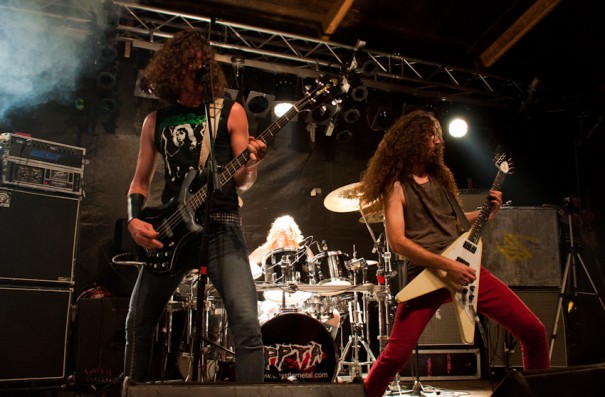 Onslaught was the main act of today. It was the third time in a year for us to see these guys play, and it seems like every time they get better. They really kicked ass today. From the opener Killing Piece to the end of their set (Motörhead-cover Bomber) and everything in between – with a few songs of their very impressive new album “sounds of violence” the band and crowd were having a blast. 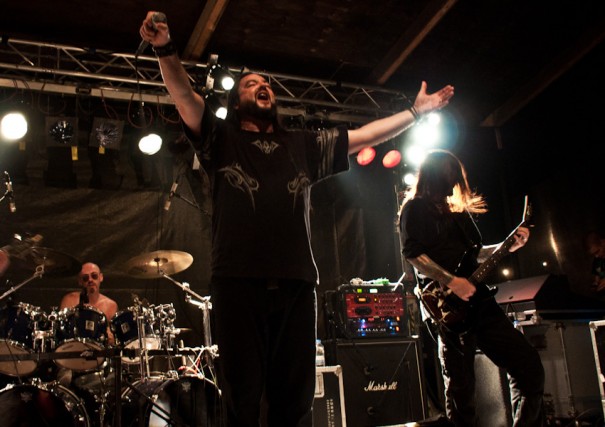 After Onslaught, there was one more band on stage tonight. Deadcell. I am really not into house / electronic metal, so I loathed this band. But hey, some people might have liked it but for me it was a total deception after the excellent performance of Onslaught. 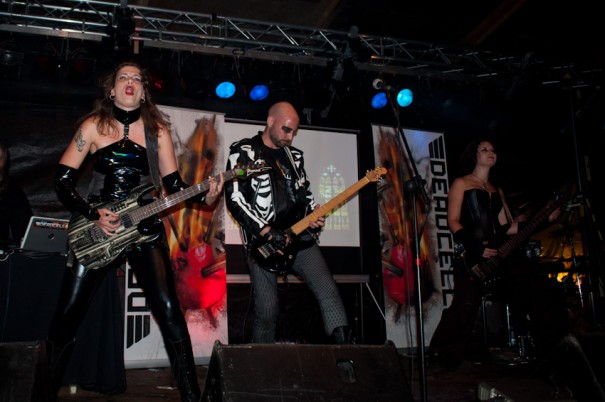 Occultfest 2011 was a small, cool, hot, muddy party with excellent shows of Vanderbuyst and Onslaught, and we discovered some nice new bands. The DIY-mentality of the organizers is definitely one of the main influences on the good atmosphere of this fest. 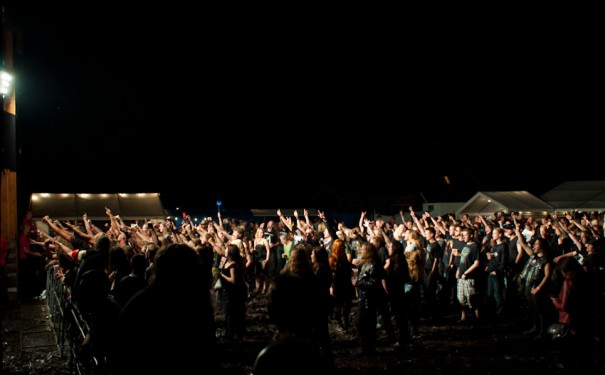 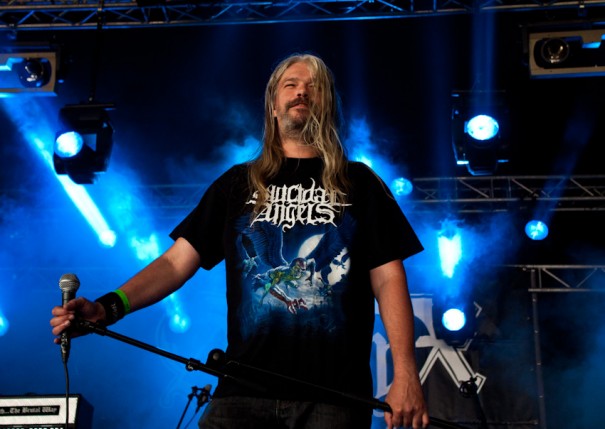