Amon Amarth, Children Of Bodom and Wintersun are among the bands that will perform at the Nummirock 2013 festival. 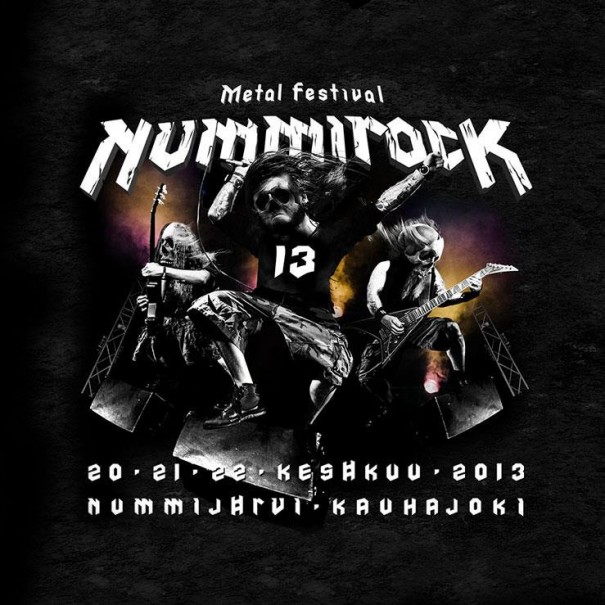 Nummirock has completed its line-up. While tickets are sold out of the Nummirock crew’s hands, midsummer’s most wanted festival has added another hot death metal band Soilwork to the already outstanding band list. Band’s recently launched album ”The Living Infinite” has gathered amazing reviews in metal medias all over the world.

Domestic additions to the line-up are Omnium Gatherium, Lost Society and Rytmihäiriö with an album release in May. Additionally Kalmah will join us to celebrate their seventh album release at Nummirock.

Demosetä (Uncle-Demo) service has once again been very popular. After thousands of recommendations out of 145 bands, 5 high quality bands have been chosen. These bands are Assemble the Chariots from Helsinki, Dirge Eternal from Hämeenlinna, Some Call This Tragedy from Tampere, Edge of Haze from Espoo and Right to Remain Silent from Forssa.