By meathead May 27, 2009 Metal Festival, Uncategorized, USA No Comments

Kansas City Power Metal Fest is the first festival of its kind in the Kansas City region, bringing traditional, power and true metal bands together for a unique lineup. The weekend’s bill is as follows:

Widow will also be headlining a second stage show. More information about the second stage will be released as it becomes available. 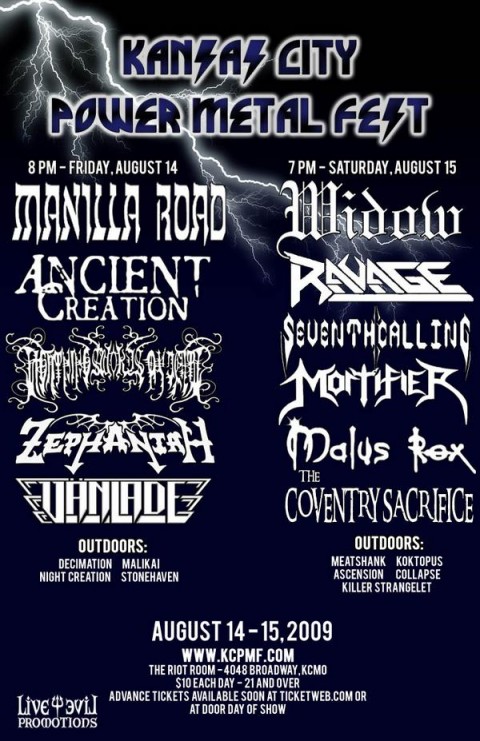