Hardcore Superstar is definitely one of the more successful new generation hardrock/sleaze bands around, but honestly it feels like this whole scene has never really taken off. Their recent Helsinki show marked the band’s fifth Tavastia show in the last four years, and it’s no wonder they keep coming back. Despite touring with The 69 Eyes and Crashdiet all across Europe earlier this year, the Gothenburg band has not made their final breakthrough outside Sweden, which remains the only market where they’re extremely popular – besides Finland. Be it the fair share of airtime their hits “We Don’t Celebrate Sundays” and “Moonshine” have enjoyed on Finnish rock radio stations, or then just the extensive touring paying off, HCSS has found its place in the hearts of Finnish hard rock lovers. 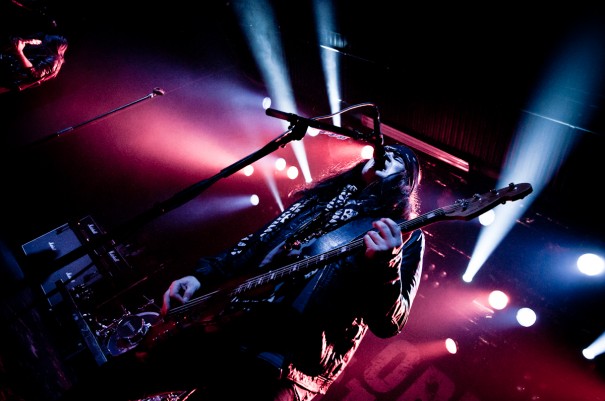 The band recently released one of those rather meaningless collection albums to celebrate their fifteen years in the making. “The Party Ain’t Over ‘Til We Say So…” contains some of the most well known Hardcore Superstar tracks accompanied with one new song “We Don’t Need A Cure” which to my surprise did not make it on the band’s Tavastia show. The setlist was – as always – geared heavily towards the band’s extremely solid last four albums that followed the band’s little break and label change around 2004. Still, a few select cuts (namely “Liberation” and “Still I’m Glad”) were picked to the set also from the first half of the band’s career. 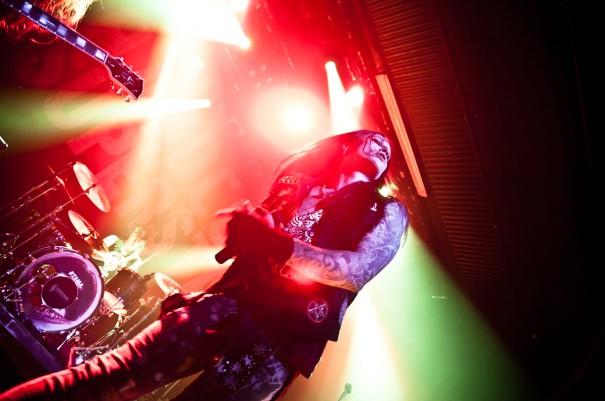 The show opener “Kick On The Upperclass” sums well up everything that Hardcore Superstar is all about: their repertoire is full of easily accessible hard rock with illegally catchy choruses. Jocke Berg (vocals) is a pain in the ass for the photographers already squeezed tight between the crowded pit and the stage, as he refuses to stay still for more than half a second to make good use of the whole width of the stage to get the crowd going. And oh boy, does the nearly sold out Tavastia love him, cheering and going crazy to the extent that it’s easy to forget that the day started as just another dull Tuesday. “Sadistic Girls”, “Dreamin’ In A Casket”, “Wild Boys”.. the band launches into a sing-along party anthem parade, likely to produce rare Tuesday gross sales figures at the three bars of Tavastia, one of Europe’s oldest rock clubs. 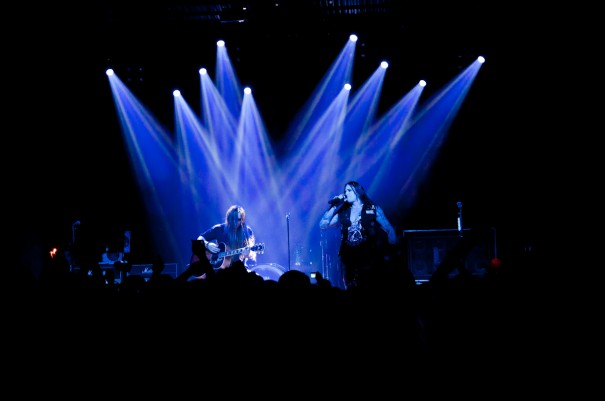 Just like on the band’s previous Helsinki show in February, they band goes acoustic mid-show for one cut from their latest studio effort “Split Your Lip”. The lights dim and the spotlight’s on Vic Zino (guitar) and Jocke, who go for – not “Here Comes That Sick Bitch Again” this time around – but the mellow “Run To Your Mama” with great success; the duo seemed genuinely surprised how loudly the Tavastia crowd joined them right from the start. 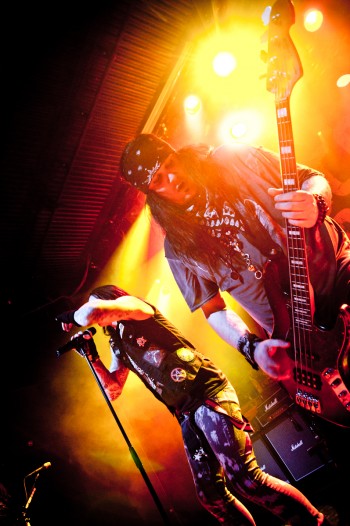 After even more hits, the band catches their breath before the encore, as Helsinki’s own Jussi69 (drummer for The 69 Eyes) steps to the stage to do an introductory speech for “Guestlist”. “Last Call for Alcohol” follows with the band lifting a bunch of fans from the audience to join them for beers and the final chorus before the show is finally over with “Moonshine”. 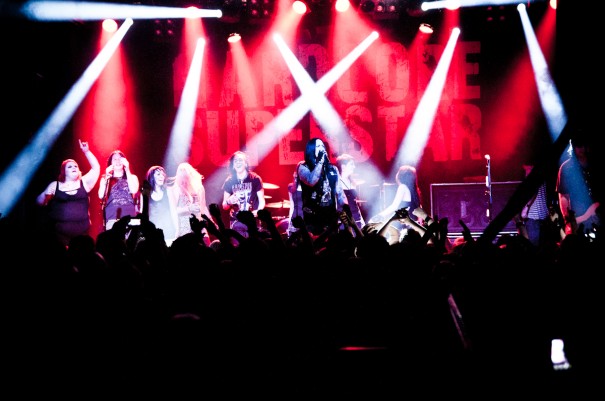 The quintet takes their time to show their appreciation to the crowd by shaking hands with the first rows before calling it a night. While show hardly offers anything particularly new for seasoned HCSS fans, the whole delivery from Jocke’s vocal performance to the tightness of the band is at a level that leaves little room for criticism.