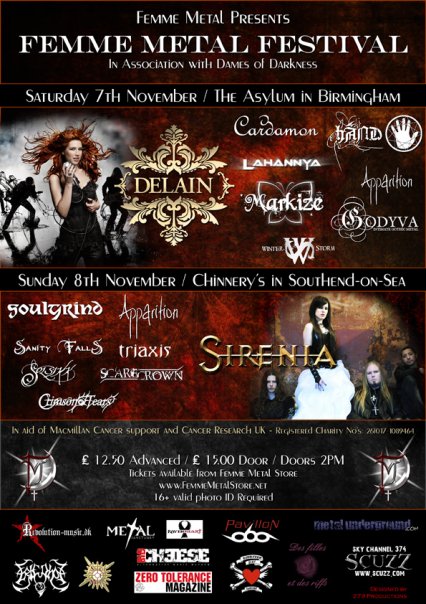 Saturday, November 7 at The Asylum in Birmingham

Although originally envisioned by Martijn Westerholt as a musical project featuring a host of guest musicians, due to the high demand for live performances a real band was formed. This lead to the Roadrunner release of Delain‘s debut album ‘Lucidity’ in 2006. The group of musicians quickly transformed into a solid rocking force. Now Delain is nothing less than a real band. A versatile band with an impressive new album called April Rain.

Delain – Silhouette Of A Dancer