Onslaught, Silver Fist and Rancor are among the bands that will perform at the Thrash Inmortal 2013 festival.

Thrash Inmortal 2013 is a domestic festival with the best Thrash Metal sounds which will be held in two main Spanish cities, Zaragoza and Madrid in the same weekend.

In the first edition we may see the British band Onslaught as headliners celebrating their 30th Anniversary with the Spanish fans but they will not be alone on stage, they will be supported by the best Spanish Thrash Metal bands as Silver Fist, Rancor and in Zaragoza also with Demonished.

Onslaught, from England, were formed in 1983 in Bristol being on their 30 Anniversary tour. Spain has been chosen by the band to perform after their cancellation in 2011 when they were coming on tour with Tankard. They were playing in Spain in 2010, in the Thrash Zone Festival with great success.

But now we got the opportunity to see them live on stage, in this special occasion as their 30th Anniversary. Thrash Inmortal 2013 Fest will be placed both, in Zaragoza and Madrid. These are the details of these upcoming shows: 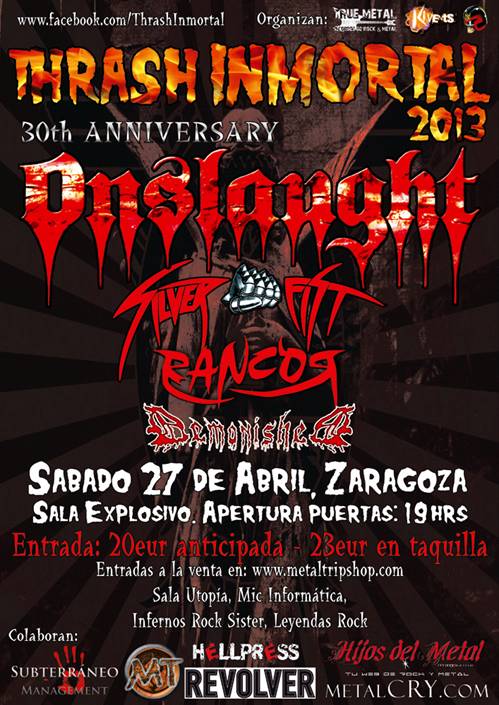 Tickets: booking 20€ – Festival counters 23€ You can buy your tickets in advance at the following sites: 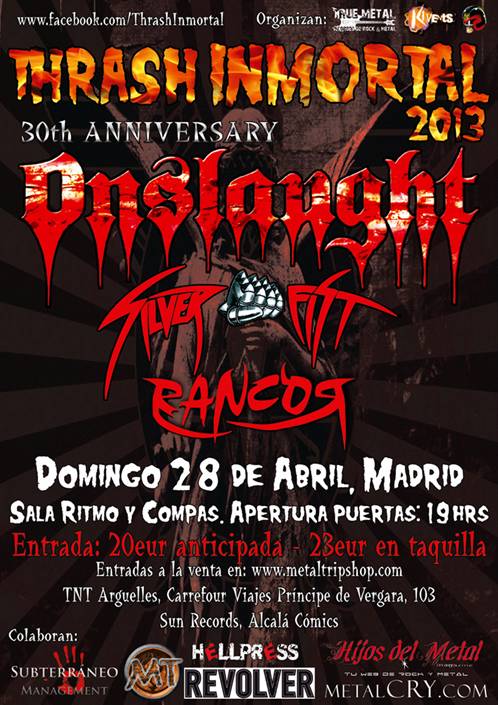 Tickets: booking 20€ – Festival counters 23€. You can buy your tickets in advance at the following sites: