Soundwave will take place in Australia on February – March, 2013.

Metallica, Linkin Park and Slayer are among the bands that will perform at the Soundwave 2013 festival. 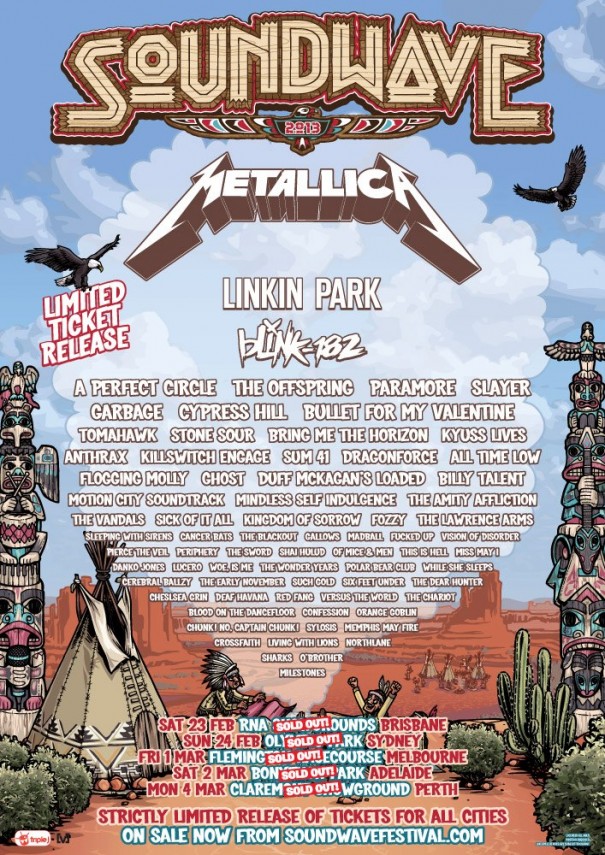