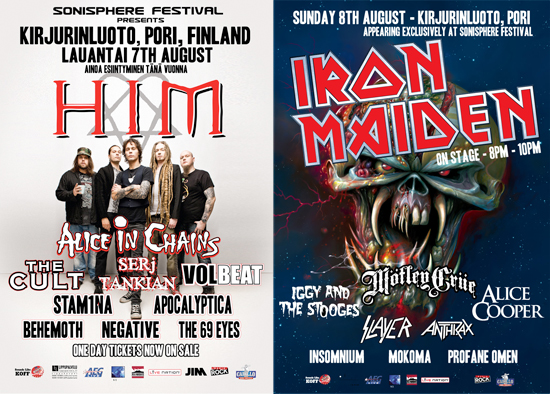 This year’s last Sonisphere Festival was held in the west coast of Finland, in the small city of Pori. For the past two years, Sonisphere Festivals across Europe have been some of the most significant metal events with undoubtedly some of the biggest names of the scene on the billings, namely everything from Iron Maiden to Metallica, and Slayer to Motörhead.

The weather forecast for the weekend promised humid weather with a high risk of thunder and rain, and Behemoth were forced to drop out of the billing just two days before due to frontman Nergal‘s severe illness. But little could us festival-goers guess what was yet to come…

As the headliners of the weekend played in Stockholm on the Saturday, it meant that Saturday would be basically a warm up day with mostly domestic acts.

Finland’s own Stam1na opened the festival already around noon. Their recipe for standing out of the mass of all most other bands is fairly simple: Stam1na‘s thunderous live shows are extremely hard to dislike even if their Finnish-sung metal hybrid doesn’t float your boat. Cuts from the band’s latest studio outing “Viimeinen Atlantis” like “Piste Jolta Ei Ollut Paluuta” and “Eloonjäänyt”, this time featuring Apocalyptica‘s Perttu on the cello, were by no means overshadowed by older fan favorites such as “Merestä Maalle” or “Viisi Laukausta Päähän”. This goes to show that the band’s success is by no means withering away, but that the odds are we’ll get to enjoy Stam1na on Finnish festivals for years to come. 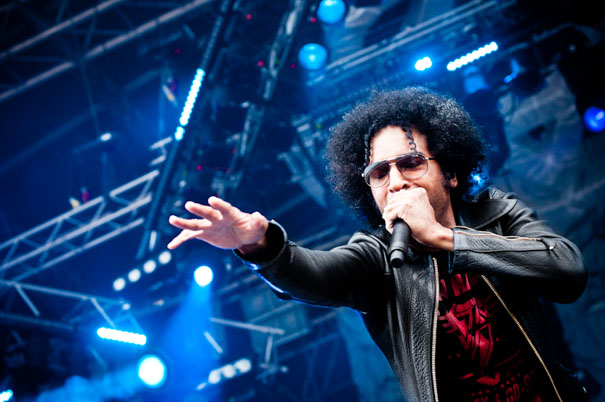 For many the reformed Alice in Chains was the most anticipated act of the day. As “Black Gives Way to Blue” proves, William DuVall is perhaps no Layne Staley, but takes care of his post just fine. 75 minutes in the middle of the day was almost pushing it, though, as their music isn’t really optimal for a live setting but as everything from “Man in the Box” to “Check My Brain” was heard, the fans got what they came for.

The festival organization had got their act together after last year’s chaos when Metallica played: the amount of food stands and toilets had been at least tripled, and they did a fine job at keeping the crowd informed on possible changes in the schedule. 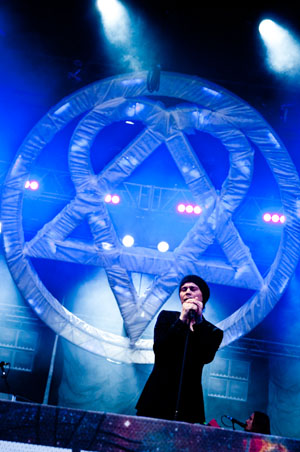 Negative, The 69 Eyes and Apocalyptica all did their best at keeping the girls warmed up for the headliners HIM in the dreary night. The evening was warm, but a little rainy. Someone more mean could say that these four are the Finnish Lame Four as opposed to the Big Four some other Sonispheres were treated with, but it wouldn’t really be justified as despite being often frowned upon in metal circles, Finland can be proud of four such rock solid rock acts.

Over the past years Apocalyptica has truly taken their show to the next level, and it’s quite impressive to see men with cellos move more on stage than your average guitarists, while it’s ridiculous how they still keep on playing so many Metallica covers on each show. HIM‘s hit parade was quite convincing and they certainly got the crowd going, with Ville Valo showing no signs of his rumored throat infection.

The camping area, which opened already on Friday, was this year right beside the gates to the festival area. However, the Bohemia party tent / bar open until 2 am, and the anticipation for the Sunday’s acts made it an impossible task to make it to the area until Slayer started their set at 3PM. 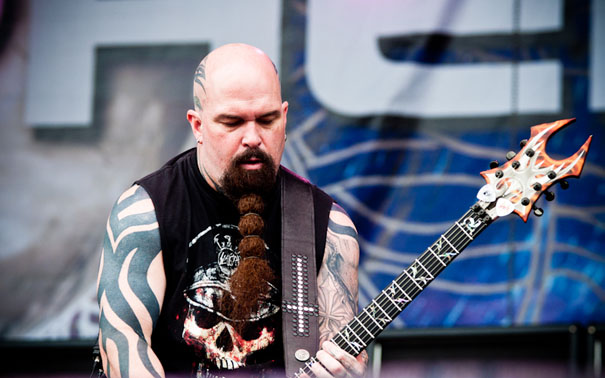 Slayer is always, well, Slayer, in both good and bad. They never miss, but neither do they surprise with their stale live show, but there’s that something about Araya’s vicious grin and King’s intense chops that forgive all that. And the songs do speak for themselves – their latest album, 2009’s “World Painted Blood”, is not the kind of album you’d expect from a band that’s been around for over 25 years. In fact, the two first songs “World Painted Blood” and “Hate Worldwide” are both Slayer at their very best. A Slayer set doesn’t get any better or worse than this. But that’s probably exactly why we all love them.

Not long after Slayer‘s set was over the sunny and humid weather started to get a little worse. And then a little more worse. And even worse. And before anybody realized what was going on, the weather had turned into the most intense two-minute storm anyone attending had ever been into. Imagine really heavy vertical rain and the hardest wind you’ve ever been to, multiplied by ten. Food and merch stands came crumbling down, forty people were injured and the stages shook and took big hits. 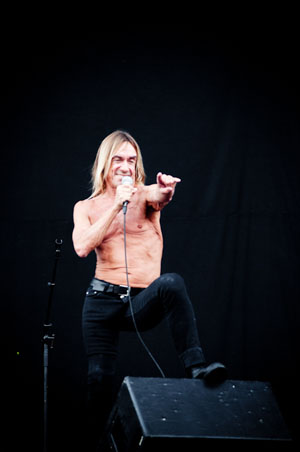 For a good thirty minutes nobody knew what hit them and if it would be possible for any of the bands to continue, as Iggy and The Stooges showtime was already well behind and no announcements had been made. As far as the organizers could figure out the seriousness of the damages, they announced that the second stage was dead, with Mötley Crüe‘s gear completely crushed.

Iggy, however, was a real trooper and came to the main stage to play a few songs acoustically with his guitarist, while the crew was busy trying to salvage what was still not completely dead with 30 blow dryers. Over an hour late of schedule, Alice Cooper took his freak circus to the stripped down stage against all odds. He played a full set, as the Maiden crew could use the time to figure out whose gear they could possibly pull their own show off with. Opening with “School’s Out”, “No More Mr. Nice Guy”, and “I’m Eighteen”, Alice got the audience back into party mood in no time. By the encore, where he was sporting the shirt of local ice-hockey team of Ässät, he had proven that he’s still one of the most entertaining rock’n’roll figures alive. 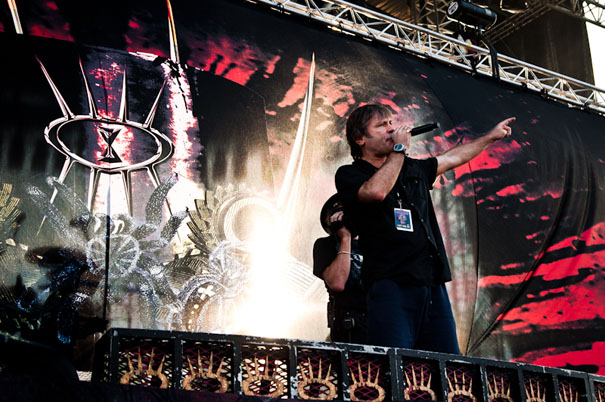 After a long wait, Iron Maiden was finally on. While it would be easy to laugh off Iron Maiden‘s managers Rod Smallwood’s after show comments of this gig in Pori being “the best Iron Maiden show in Europe ever”, there truly was something unifying in the setbacks on this special night. This was clear right from the start, as Bruce Dickinson took command of the stage with even more enthusiasm than usually. The band’s set leaned heavily on their newer material but with songs as strong as “These Colours Don’t Run”, “Wicker Man” and “Dance Of Death”, you couldn’t really miss the beaten-to-death hits like “The Trooper” and “Run To The Hills” which were left out this time. The whole show ended two hours behind schedule around midnight, as the officials had agreed to extend the festival’s pre-agreed show time onwards from 10pm due to the unforeseeable circumstances. Thus Bruce kept the promise he made to the fans, as he came to introduce Alice Cooper onstage and explain the ongoing chaos earlier in the evening: “We’re not going home before you’re going home!”.