Shrinebuilder will be part of the Roadburn Festival 2010 line-up on Saturday, 17 April 2010. Roadburn 2010 will run for three days from Thursday, April 15 to Saturday, April 17 at the 013 venue in Tilburg, Holland.

With Scott Kelly (Neurosis) and Scott “Wino” Weinrich (Saint Vitus, The Obsessed, The Hidden Hand and Wino) on guitar, Al Cisneros (OM, Sleep) on bass and Dale Crover (Melvins) on drums, Shrinebuilder’s self-titled debut full-length (released on Neurot Recordings) is perhaps the most anticipated “Roadburn Festival album” of the year. Over the past 10 months we have watched the Shrinebuilder buzz rise to fever pitch. 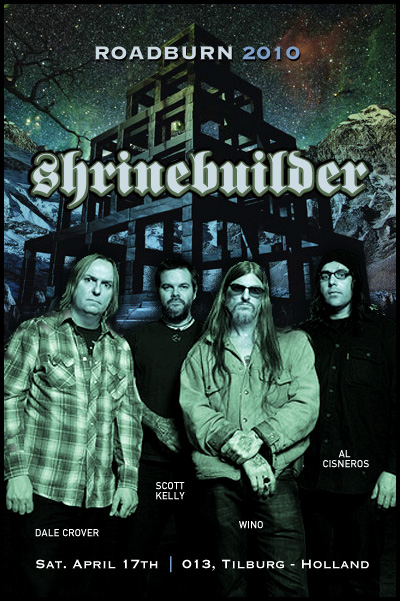 Rammstein confirmed for Rock Am Ring 2010

Rammstein confirmed for Rock Am Ring 2010