Lithuanian metal music festival Devilstone Open Air 2010, which has taken place in a little town of Anyksciai on July 16-18, has gained a serious criticism from the religious community. The Prosecution Service is pre-investigating, if the festival has not provoked religious disunion. 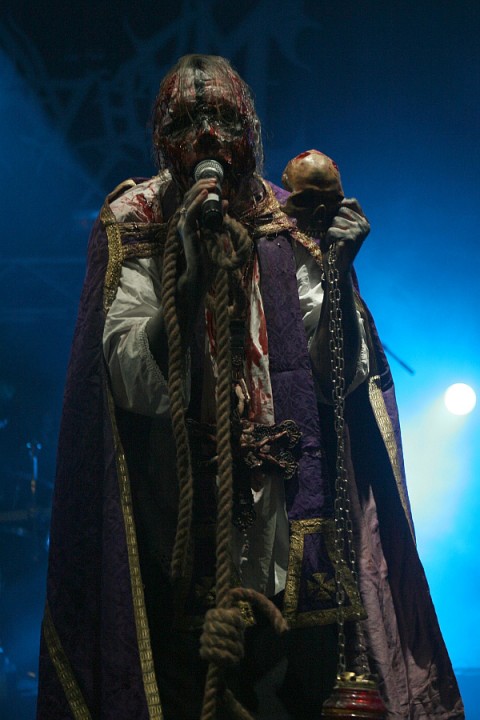 The festival has been highly acclaimed by its target fans and wider society, except for the part of religious community of the town. Recently a group of local Catholics and the Dean of the local church publicly expressed their opponent attitude towards the festival. They initiated a pre-trial investigation accusing the festival and / or the festival’s band MAYHEM of provoking religious disunion. 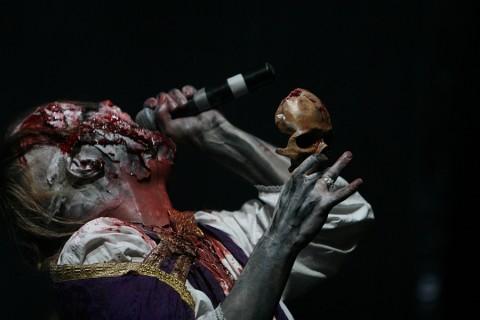 Local Catholics and the Dean declare their religious feelings have been insulted as they witnessed the photos of the band’s performance where the front-man wore something similar to cassock, had an inverted cross, bloody mask and a gallows loop.

The Dean applied to the Ministry of Justice which in turn forwarded the case back to the local Prosecution Service of Anyksciai. The pre-trial investigation is in the process and the organizers of the festival are scheduled to express their statement next week. 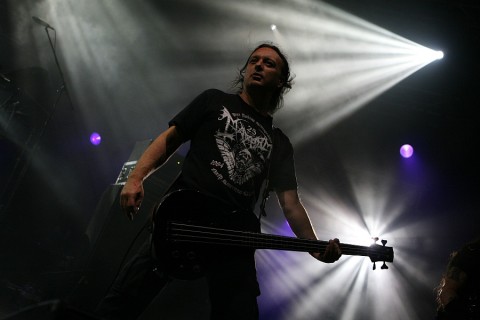 In the meanwhile such unprecedented case has been highlighted by Lithuanian media and is being hastily discussed by the society. The majority express their negative reaction to the initiators of the case, comparing the present situation with the middle ages. On the contrary, a part defends the Dean and the religious community, stating that the festival and its content are harmful for peoples’ moral.

The organizer of the festival, ALT events, justify the festival, the band and the festival’s nature, as the aim of it is not to provoke disunity among religious, national, racial, ethnic or any other groups of people. The organizer stands for the viewpoint that even the most extreme and radical shows on stage should be considered as art of performance; the freedom of artistic expression should not be restrained, was it black metal music or a piece of contemporary art. 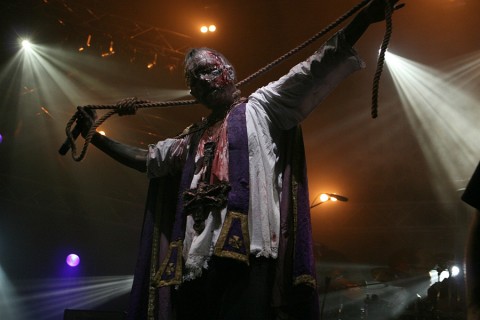 It is expected that such unwanted confrontation between the festival and religious institution would not determine the end of festival’s existence. The relation with local authorities of the church has been complicated since the debut of the festival in 2009, when the Dean aimed to ban the festival for its title “Devilstone” and for its last year’s headliner SEPULTURA, which, according to the Dean, was a Satan band.

Devilstone Open Air occurred for the second time this year in Anyksciai, was headlined by Norwegians MAYHEM, Swedes GRAVE and Germans TANKARD, featured by 15 more bands from all over Europe, and held an audience of about 1500 people.