Metallica, Avenged Sevenfold and The Sword are among the bands that will perform at the Orion Music + More 2012 festival.

Headlining both nights, Metallica will celebrate the 20th anniversary of the ‘Black Album’ by playing it in its entirety on one night and all of ‘Ride the Lightning’ for the first time ever on the other night! This will be the only North American performances of these albums in 2012. 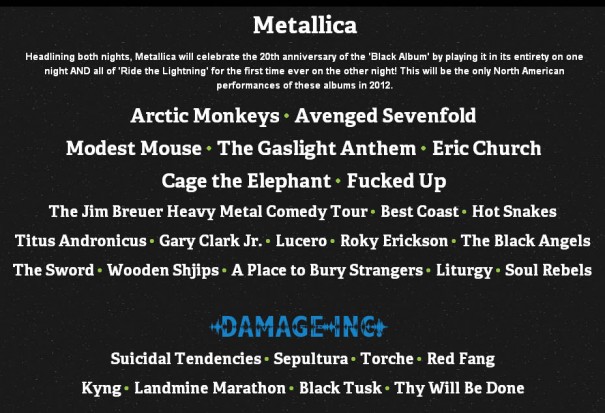 Metallica has invited 22+ of their favorite artists from across the music and comedy spectrum to the inaugural Orion Music + More. More than just music, the festival will also feature a lifestyle element showcasing the band’s individual interests – and allowing fans to interact directly with each of the band members.