By meathead May 8, 2009 Metal Festival, Uncategorized, USA No Comments

This year’s headliner is Germany’s high voltage power-house Primal Fear. Their appearance at Minnesota MetalFest will kick off a very exclusive and limited North American tour which is comprised of only 6 US appearances.

Co-headlining the festival will be Atheist – Florida’s melodic death metal act which is a proud jewel in America’s metal crown. Their second album released in 1991, Unquestionable Presence, has been acclaimed by fans and critics alike as one of the most influential technical death metal albums of all time. 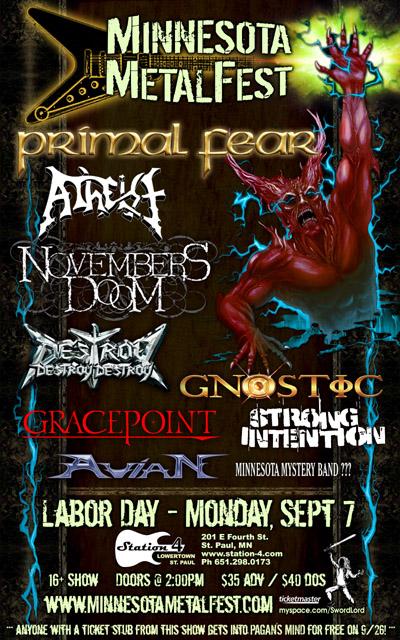