Hell and Heaven Metal Fest 2013, is a festival that was born three years ago in Guadalajara, Mexico, and for this year’s edition (May 18 and 19, 2013) includes 30 of the most important groups of the international metal scene from countries like the U.S., Germany, Netherlands, Sweden, Italy, Portugal, Norway, Spain and Canada, and the same number of the most important groups in Mexico. The organizing committee appreciates the support of all his friends & fans that have made this festival the largest metal community in Latin America.

Arch, Bolt and Primordial are among the bands that will perform at the Hell and Heaven Metal Fest 2013 festival. 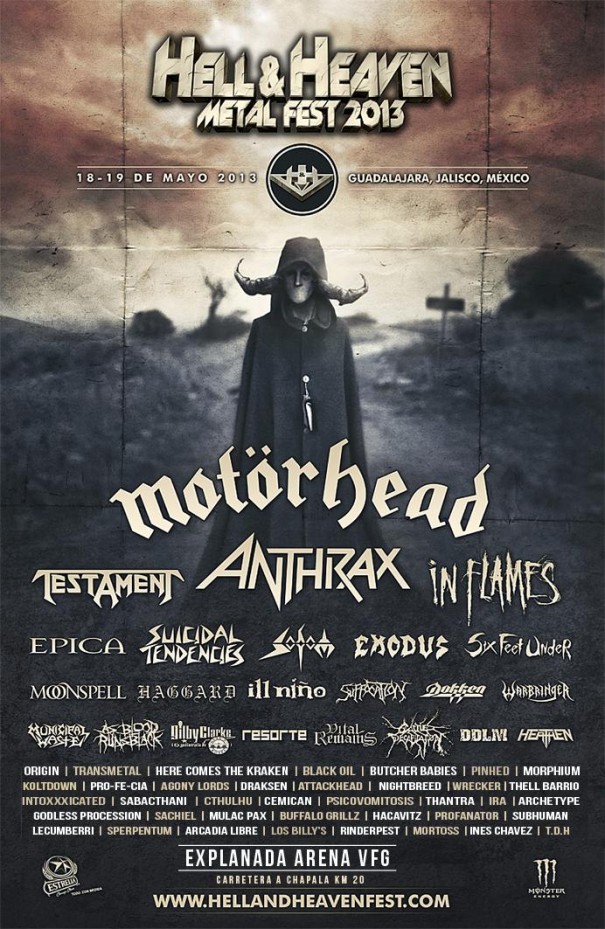