Pestilence, Mayhem and Repugnant are among the bands that will perform at the Eindhoven Metal Meeting festival held at the Effenaar in Eindhoven, The Netherlands on December 17-18, 2010. 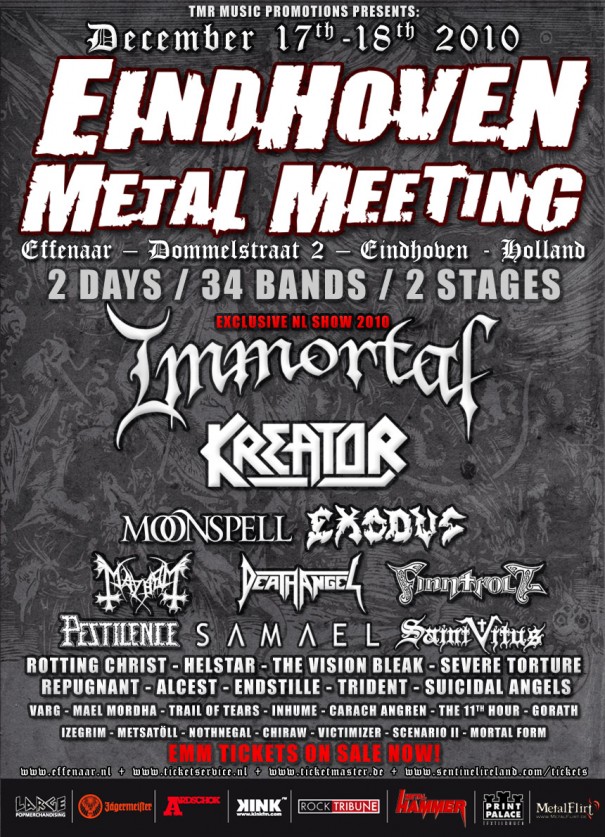 The Eindhoven Metal Meeting is one of Europe’s largest independent organized metal events.

This sequel of the legendary Arnhem Metal Meeting is held every December and pulls an international fan crowd to the modern Effenaar venue which is located in the city center of Eindhoven – The Netherlands.

This year the event takes place on Friday 17th and Saturday 18th of December 2010.
During that weekend 34 bands or more will perform on 2 stages.