English extreme metal legends Carcass will return to headline the ninth Damnation Festival for their only UK appearance following the release of their first album in 17 years.

The death and grind standard bearers have promised another historic set which will feature cult classics alongside unexpected old gems and brand new material when they take the stage at Leeds University Union on Saturday, November 2, 2013. 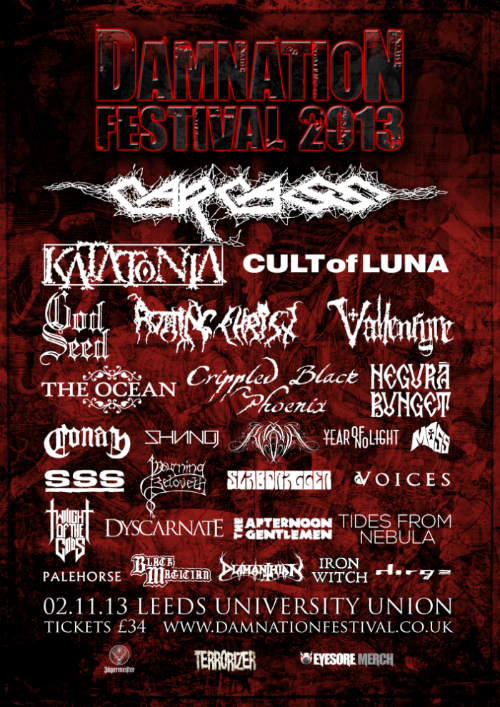