The Prestige, Chariots Of The Gods and Meltdown are among the bands that will perform at the Brutal Winter Fest 2014 festival. 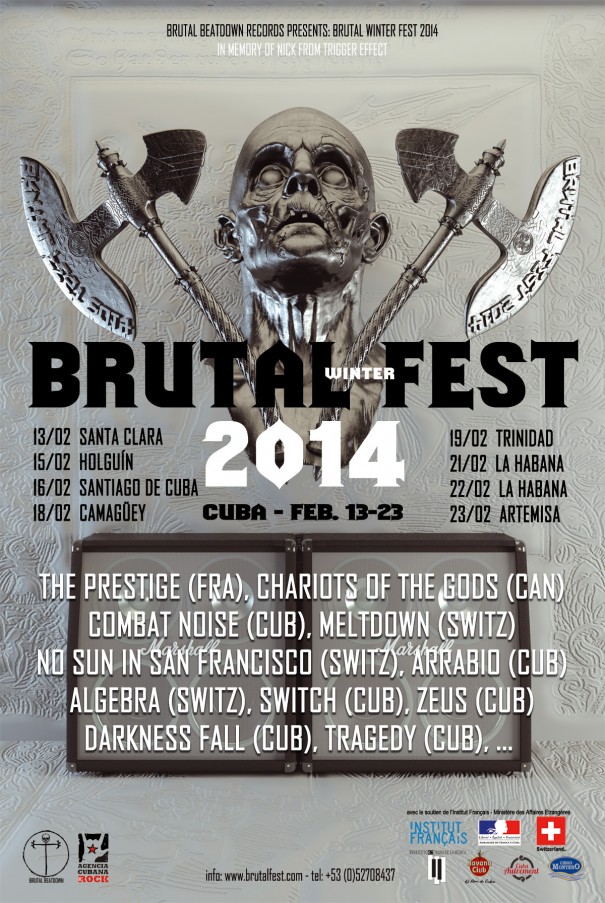 Itinerant and international, this extreme music festival will present
the international bands around seven states:

This 7th edition of Brutal Fest is dedicated to the memory of Nick from Trigger Effect; from Canada, the band Trigger Effect was scheduled for this tour until the tragic death of his vocal and frontman, Nick Babeu, in November 2013.